MOCO'16 is pleased to invite Esmeralda Kosmatopoulos to present Fifteen Pairs of Mouths, a sculptural installation that investigates the relationship between human body and technological devices. This creation explores the new role of the hand as a vehicle for communication in the post-Internet age.

Thirty dismembered hands cast in white plaster, stand on steel mounts in various positions. Each pair is unique in its shape and the gesture it performs, but all mimic a specific way of texting on a cellphone, a way personal and distinctive to each of the fifteen people invited to “lend their” hand for the project. The phone itself remains absent; leaving a negative space in between the fingers that turns these familiar and commonplace gestures into a collection of figurative sculptures that seem almost abstract.

Influenced by Bruce Nauman’s Fifteen Pairs of Hands, which conveyed the various ways one could express themselves through their hands without audible language, Kosmatopoulos in contrast, questions the loss of physical emotion when the vocal motions of our lips and gestures have been replaced by the movement of our thumbs.

With the increase of computer-mediated interactions, the cellphone has become an extension of the human body that extends its abilities. The hand is transformed along the way into a virtual mouth that verbalizes messages from one screen to the other in a virtual space where audible language and even physical presence are no longer needed. The project comes to challenge the traditional definition of the word “speak” itself at a time where we are increasingly speaking with our fingers. 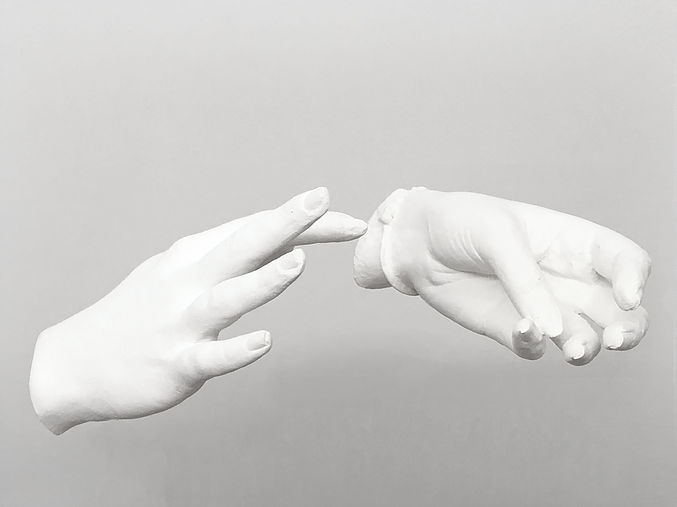 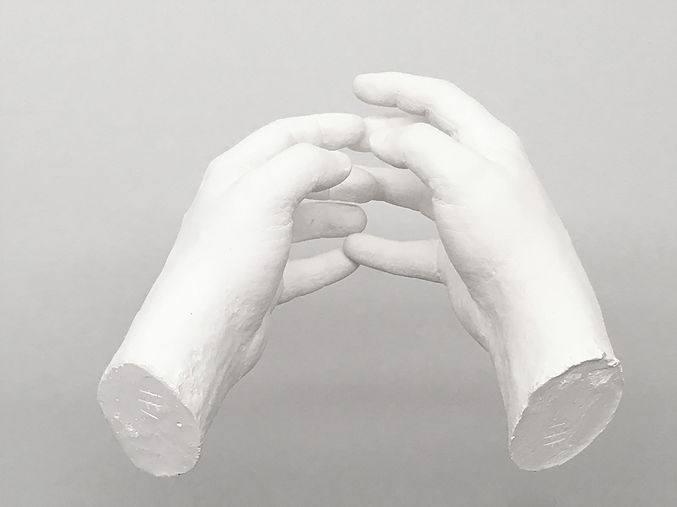 Exhibition at the Thessaloniki Concert Hall

Esmeralda Kosmatopoulos is a multi-disciplinary conceptual artist working around language and identity.
Born in Greece, raised in Paris, she now lives and works in New York. Her work investigates the definition and construction of identities, personal memories, culture and collective histories in the post-Internet age. She places herself as a translator, building connections between past and present, physical and virtual and ultimately between one and another.
Her work was exhibited in galleries, institutions and public spaces in North America, Europe and Latin America including Kunsthal Charlottenborg (Copenhagen, Denmark), Künstlerhaus Wien (Vienna, Austria), AMA | Art Museum of the Americas (DC, USA), Palazzo delle Arti Napoli (Naples, Italy), Kunsthal Aarhus (Aarhus, Denmark). Kosmatopoulos also worked alongside socially charged entities such as the Organization of American States (United States) and the Museum Louis Braille (France) to create large-scale installations that raise awareness on social issues.
Her collaborative project with Sean Naftel, Mastering the Art of Contemporary Art, was exhibited at Kunsthal Aarhus, Denmark in the Spring 2016. Her upcoming exhibitions include a large scale outdoor installation at the MUBE Museum in Sao Paulo and a multi-location olfactive project with the Institute for Art and Olfaction in Los Angeles both in the Fall 2016.