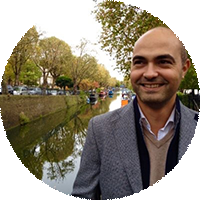 Dr. Sotiris Manitsaris is a senior researcher and project leader at the Centre for Robotics of MINES ParisTech. He has a university degree in applied mathematics in computer science (AUTH, Greece), a master degree in remote sensing for the local development (University of Blaise-Pascal, France) and a doctoral thesis in computer vision for the musical finger gesture analysis, modeling and recognition (UOM, Greece). During his postdoctoral research, he participated into three projects where the first was on visual-speech recognition and synthesis based on vocal tract movements (ESPCI ParisTech & UPMC, France), the second on the technical gesture recognition for the human-robot collaboration (MINES, France) and the third (Research Excellence Grant) on the hybrid gesture recognition in interactive space and surface for contemporary music and traditional craftsmanship (IRCAM, France, & University of Thessaly, Greece). He is currently involved in the FP7 i-Treasures project as well as in contractual research projects with PSA Peugeot Citroën, SAGEM Defense & Security and Louis Vuitton Moët Hennessy. His current field of research is capturing and modeling the intangible in gestural performance through human-centered engineering in order to augment human capabilities in interaction with machines and sensorimotor learning. 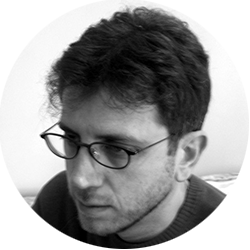 Leontios Hadjileontiadis received the Diploma degree in Electrical Engineering in 1989 and the Ph.D. degree in Electrical and Computer Engineering in 1997, both from the Aristotle University of Thessaloniki (AUTH), Thessaloniki, Greece. He also holds a Diploma in Musicology (AUTH, Thessaloniki, 2011) and a Ph.D. degree in music composition (University of York, UK, 2004). Since December 1999 he joined the Department of Electrical and Computer Engineering, AUTH, Greece as a faculty member. He is also a Professor in composition at the State Conservatory of Thessaloniki, Greece. He was the recipient of eight international awards with the latest being the Faculty Champion Award 2012 and the Ability Award 2015 from Microsoft. His research interests are in higher-order statistics, alpha-stable distributions, higher-order zero crossings, wavelets, polyspectra, fractals, affective computing, biomusic, neuro-fuzzy modeling for medical, mobile and digital signal processing applications. He was adviser of 5 doctoral dissertations, published 85 papers in peer reviewed international journals and more than 150 papers in peer reviewed international conference proceedings, 5 books, and 15 book chapters. 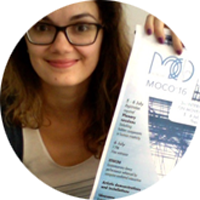 Dr. Alina Glushkova is research engineer at at Ecole Nationale Supérieure des Mines de Paris (France), Alina is working on innovative pedagogical tools (Serious Games) for gestural know-how transmission based on motion capture and gesture recognition technologies.   Her research interests are linked to gestural know-how transmission, motion capture, gesture recognition, knowledge management. Alina is the programme manager of MOCO and she participates at the general organisation of the symposium (administrative and financial management). 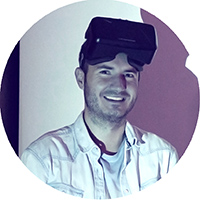 Digital artist and researcher, Jean-François Jégo creates immersive and interactive experiences, art installations and performances using Virtual Reality. After graduating with a Master of contemporary arts of the University Paris 8, Jean-François obtains a PhD in computer science and virtual reality at the CAOR robotics center of Mines ParisTech in France. He teaches Virtual Reality at the Art department of the Paris 8 University and he is also a member of the INREV virtual reality laboratory at the Paris 8 University.
He has created since 2005 more than ten interactive art installations and four digital performances. His research topics question human perception and explore embodied interaction, modeling the naturalness and the expressivity of gestures.
Jean-François has received awards from the Society of Dramatic Authors and Composers (SACD), from Le Cube (Center for digital creation) and from the festival FIB Benicássim in Spain. His research was presented at ACM Multimedia (USA) and IEEE 3DUI (USA) international conferences. His artistic work was exhibited at several cultural centers in Paris (the Cent-Quatre art center, the Forum des Images, and the IRCAM Centre-Pompidou institute), at Ars Electronica (Austria) and Cyberfest (Russia) international exhibitions, and at the MOCA of Taipei in Taiwan. He also co-organizes the Ars Electronica Campus Exhibition 2015 in Linz presenting thirty years of digital research and creative works of seventy artists and receiving more than 2500 visitors. 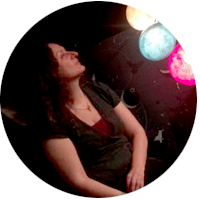 Judith Guez is an artist – researcher. Her research focuses on understanding and creating illusions between the real and the virtual in the context of art and digital innovation. She studies the relationship of new technologies and art and especially technologies that blur the boundary between real and virtual such as Virtual Reality.  She studied arts (University Paris 1), robotics (University Paris 6), and digital art (University Paris 8, INREV Lab.) looking for creating links and emergence between those disciplines. She holds since 2015 a PhD in Arts and she exposes in many places (Ars Electronica, Laval Virtual, BPI Centre-Pompidou, CDA Enghien, MAC Créteil, Scène nationale de Belfort). 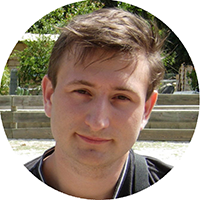 Vincent Meyrueis is an associate professor at the Image Arts and Technology department of Paris 8 University. He first studdied design science at the Ecole des Mines de Nancy at the junction of industrial and mechanical engineering and finished his master degree in 2007. Then, he continued his work in robotics and computer science related to image and received a PhD in 2011 from the Ecole des Mines of Paris on the topic of interactive form modifications in a CAD and virtual reality context for device creation. Thereafter, he continued his research by developping tools and methods for industrial design and creation using virtual reality and new interactive creative technology. Since 2015, he has joined the INREV research team at laboratory AI-AC in Paris 8 university. 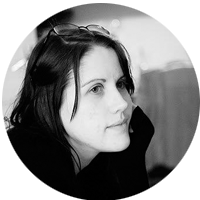 Sonia Lestrohan is a bachelor student in History and Anthropology at the History & Sociology department of the University Paris 8. She was previously studying at fine arts at the Beaux-Arts of Angers in France and graphic design at the Autograph art school of Paris. She is exploring the link between arts, history and anthropology and is preparing a transdisciplinary Master Degree which will link deeper the thematic she explores.

Athanasios Manitsaris is a Full Professor in multimedia systems and applied statistics in the Department of Applied Informatics at the School of Information Sciences at the University of Macedonia (UOM). He has a B.Sc. degree in Mathematics (AUTH), M.Sc. degree in Applied Statistics (UPMC-France), and Ph.D. in Applied Informatics (UOM). He has also been the Head of the Department and the Director of the Master of Sciences in Applied Informatics and the Scientific Director of the Multimedia Technologies and Computer Graphics Lab (MTCG). He has supervised more than 15 doctoral theses, a number of national projects and he has over 250 cocitations in scholarly journals and international scientific conferences. His research interests are located in the fields of multimedia technologies, computer graphics - virtual reality, machine learning for multimedia content analysis, usability evaluation, content learning management systems and multidimensional statistical analysis of data.

Contact email: This email address is being protected from spambots. You need JavaScript enabled to view it.