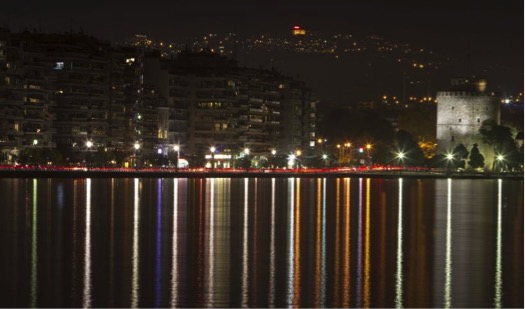 Thessaloniki has a strong cultural and historical identity as it was established in 315BC. Historically one of Europe’s oldest and most multiethnic cities, Thessaloniki is home to architectural marvels that testify to its centrality in Byzantine, Ottoman and Sephardic Jewish history

A wealth of Byzantine chapels, Ottoman architecture, crumbling synagogues, resonate at every turn. Miraculously, most of these monuments survived the fire that ravaged the city in 1917. Ano Poli, the Upper Town and old Turkish Quarter, is all that remains of 19th century 'Thessaloniki'. 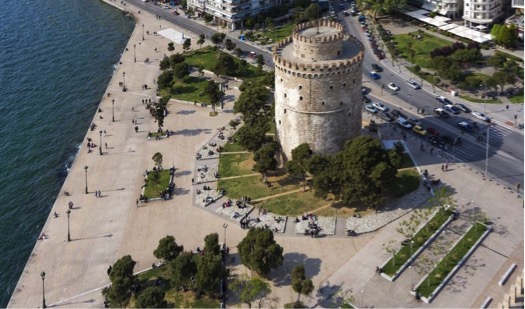 The historical profile of Thessaloniki, which began in the Hellenistic era and has continued uninterrupted to the present day, is mainly linked to its Byzantine life. The walled city and its monuments can reasonably be called an open Byzantine Museum. All city monuments, Byzantine, Post-Byzantine and Ottoman – have been declared as historical landmark monuments. Fifteen (15) of the Early Christian-Byzantine monuments were included in the UNESCO World Heritage List in 1988.

Mansions of the 1st quarter of the 20th century can be seen at the eastern part of the city with unique architectural elements that form a characteristic Architectural style, housing cultural centres and exhibition halls. 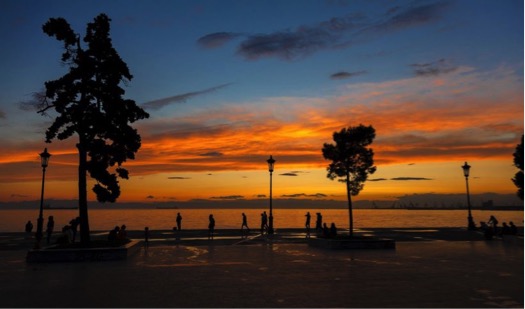 The north part of the city is covered by woods on the hill slopes, while in the district of Polichni in the North-East, there are six watermills standing since Byzantine times, reflecting pre-industrial technology. Further on in the same direction, Mount Chortiatis is a wonderful destination for a day outdoors. In the southern part of the city, there is the organized marina of Aretsou, a convenient and pleasant mooring spot for recreational craft, an ideal starting point for a trip to Halkidiki or the quaint islands of the Vories Sporades. 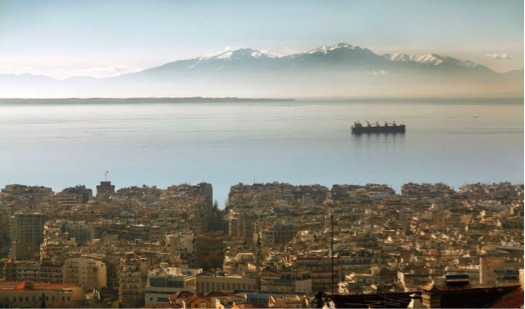 Panoramic view of the city with mount Olympos

Pella, the ancient capital of the Macedonian state, where Alexander the Great was born and reigned, is an archaeological site very close to the city. The ruins of Alexander the Great’s palace are there, within which one can admire exquisite mosaics of great historical significance.

Vergina, an ancient city of world acclaim due to its famous royal tombs of the 4th century B.C. and its model archaeological museum, is a site where one can admire, next to the remains of King Philip II, precious exhibits reflecting the wealth, grandeur and glory of the Macedonian Kingdom. 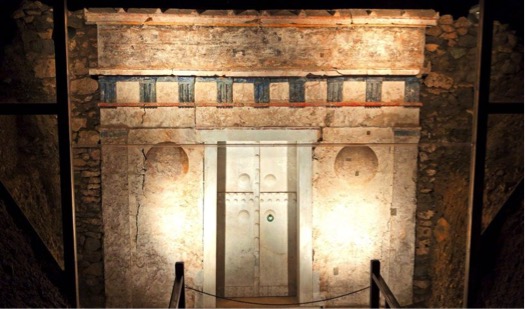 The tomb of Phillip II in Vergina

To the South-East of Thessaloniki lies Halkidiki, a charming peninsula ending in three fingers, famous for its wonderful beaches, tiny islands and small bays. Visitors can find almost everything they desire there. Of special interest is the prehistoric cave of Petralona, replete with stalagmites and stalactites, where the fossilized skull of Archanthropus,dating to 200,000 B.C., was found. Furthermore, one can visit archaeological sites at Olynthos, Potidea, Stagira and Toroni, or any of the local villages. 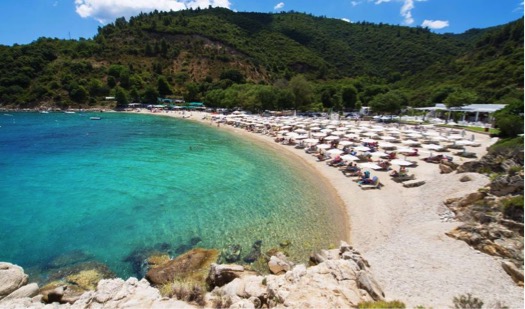 An exotic beach in Halkidiki

An opportunity available only to male visitors is an excursion to the third finger of Halkidiki Peninsula, which for more than a thousand years, has been the territory of the Greek Monastic State of “Mt. Athos” (Holy Mountain), the residence of monks of various orders. This is a unique land containing invaluable items and treasures of incalculable historical value. 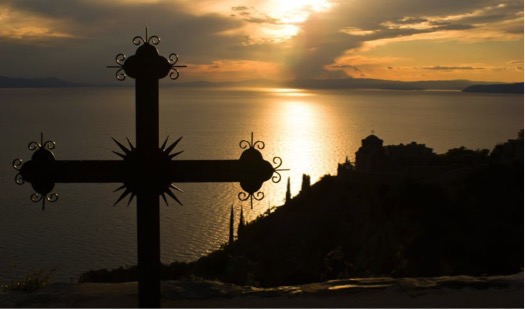